Covidence automatically de-duplicates upon import. The de-duplication mechanism checks both within the file being uploaded as well as against all previous imports.

To identify duplicate references, Covidence checks on title, year, and volume, all of which must match exactly, and the authors must be similar.

You can view the duplicates from the Imports >> Import History page. Click "Check duplicates" under the import listed to see the references that were taken out. 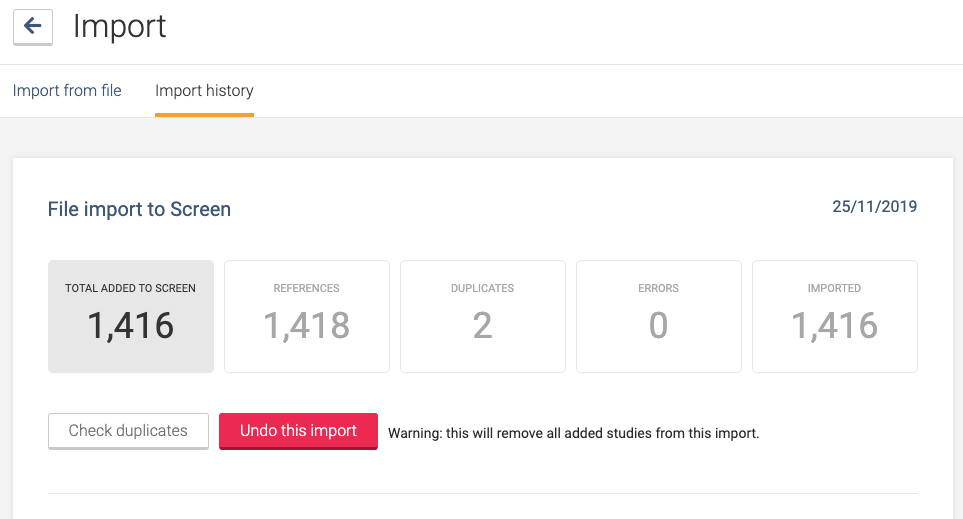 Covidence will show you references that it thought were the same.  The primary reference on the left has been added to your screening list, while the references on the right have been detected as duplicates. 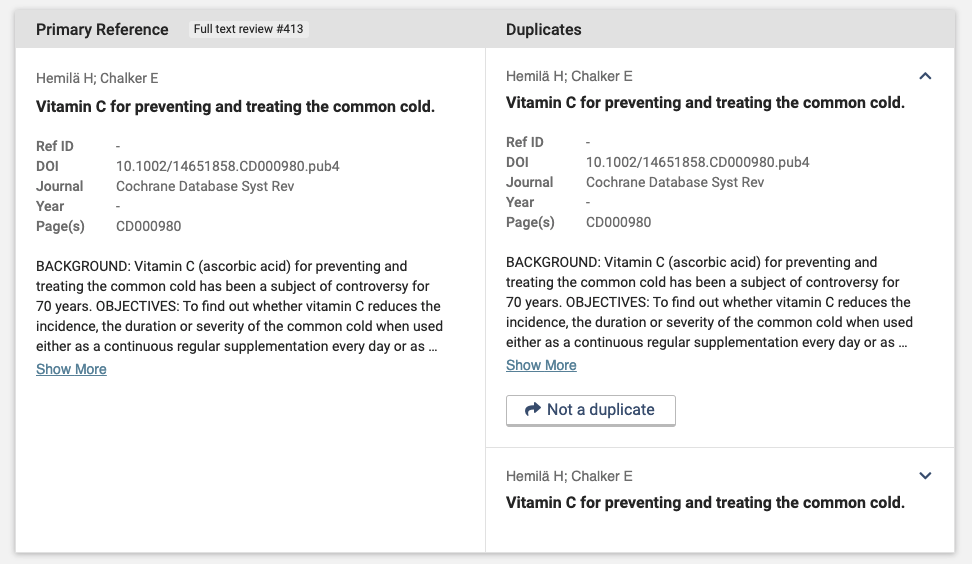 If any were removed by mistake you can click "not a duplicate" and they will be restored to your reference list.

What if there are still duplicates in my screening list?

Because Covidence uses a very strict de-duplication method, it has the benefit of rarely, if ever, taking out duplicates mistakenly, but can have the side effect of missing some that a reference manager program may have been able to detect.

In the Title and Abstract or Full text stage, you have the option to mark a reference as a duplicate. This will automatically:

If you make a mistake, then you can quickly undo or manage this later on the manually marked duplicates page.

Sometimes the data belonging to a particular reference is corrupt and Covidence is unable to import the reference.  You can view the errors for a particular import from the Import >> Import History page.

Common causes for issues with importing references are as follows:

Can't find what you're looking for? Get in touch

How does Covidence detect duplicates? Importing references in Covidence
Thanks for your message!
We really appreciate your feedback and will get back to you as soon as possible.
×